Vincenzo Capozzoli
Vincenzo Capozzoli is a Reader in digital archaeology at the Université Paris 1 Panthéon-Sorbonne. During his between San Marino and Germany, he studied the topography of Archaic and Classical Athens and in particular of the city fortification system. Since 2004, he has been working within several research projects of the Scuola della Specializzazione in Archeologia di Matera, on roofsystems and architectural terracottas from South Italy from the Archaic to the late Hellenistic age. He as held various positions in the Universities of Tübingen (as field excavation coordinator in Pantelleria), Berlin (Post-Doc Topoi) and Matera (assistant professor) before coming to Paris 1 in 2011 (Post-Doc “Research in Paris”). In Paris, he also coordinates the research project on Ancient Lucania, directed by Alain Duplouy. For further information, see his Academia page.

Alain Duplouy
Alain Duplouy is a Reader in Greek archaeology at the Université Paris 1 Panthéon-Sorbonne. Alain received his in archaeology and history from Brussels and Paris universities in 2003 and his Habilitation from Paris in 2017. He was British Academy Visiting Fellow in Leeds (2009), Fulbright Scholar at UCLA in 2011 and Fellow in Hellenic Studies at Harvard University in 2018/9, and will be Alliance Visiting Professor at Columbia University in 2021. He has led archaeological fieldwork programs in Greece (Itanos) and Italy (Laos and Pietragalla) and has published extensively on elites and citizenship in archaic Greece. As a of the Ancient Cities Partnership, he is also involved in the making of the European MOOC « Discovering Greek and Roman Cities ». He also directs the research project on Ancient Lucania at Paris 1 University. For further information, see his personal webpage.

Agnes Henning
Agnes Henning is specialized on Lucanian fortified hilltop settlements with a focus on fortification walls. From 2010 to 2014 she led a project on the settlement structures in ancient Lucania surveying the site of Monte Croccia. When not climbing in the Lucanian mountains she is a permanent Scientific Collaborator at Winckelmann-Institut of Humboldt-Universität zu Berlin and Curator of the institute’s collection of antiquities. She gained her PhD at Köln University with a thesis on the tower tombs of Palmyra (Syria) in 2001 and was awarded the prestigious travelling scholarship (Reißestipendium) of the German Archaeological Institute. In the following years Agnes held several positions at universities and research institutions in Kiel, Berlin, Heidelberg and Rome. For more than 20 years she has been a team member of the German excavations of ancient Selinus (Sicily). For further information, see her HUB page.

Lucia Lecce
Lucia is currently a Phd student at the Berlin Graduate School of Ancient Studies within the Program Ancient Objects and Visual studies. Her research focuses on the relation between Greek Colonies and Italic peoples in ancient Lucania. Since her first excavation in Pompeii in 2005, she has always been fascinated by the study of the material culture in its several aspects, and she has decided therefore to explore different archaeological contexts and populations: Western Greeks, Italics and Romans. She participated to several archeological fieldworks and research projects, having the chance to work for international research Institutions (i.e. Deutsches Archäologisches Institut, Humboldt-Universität zu Berlin, Bonn Universität, Leiden University, Royal Netherlands Institute in Rome, University of Cape Town).

Paloma Lorente Sebastien
An archaeologist and funerary anthropologist, Paloma Lorente Sebastián has been a member of the Pietragalla Project since its birth. During her at Paris 1 University she studied the funerary practices in indigenous Lucania between the 8th and the 3rd centuries BC and at Bordeaux University she sutied the roman funerary context of Martres-De-Veyre (Puy-de-Dôme, France). She is currently continuing her investigations as part of Lucanie Antique and ArcheoMartres research projects.

Evdokia Kostoudi (P1)
Evdokia is currently a PhD student in Archeology at Paris 1 Panthéon-Sorbonne in co-supervision with the National and Kapodistrian University of Athens. Her thesis, funded by LabEx DynamiTe, focuses on the construction of religious space in Attica during Late Antiquity, applying a digital approach.

Rana Nur Karataş(KU)
Rana is a student and is doing her bachelor’s degree at the Yıldız Technical University in Istanbul. She is in her sixth semester of Architecture. In the summer of 2021, she participated in the excavation in Burdur/Turkey as part of the Sagalassos Archaeological Research Project and then continued her internship at KU Leuven in Belgium.

Mariana Silva Porto (P1)
Mariana is currently doing a master’s in cultural heritage and museums at Paris 1, for which she completed a dissertation on Lucanian vases in Spanish and Brazilian museum collections, directed by Alain Duplouy. Mariana has an MA in Classics and Archaeology from the University of Glasgow and an MPhil in Classics from University of Cambridge. She has worked on excavation projects in France and in the UK and more recently as a member of the Prastio-Mesorotsos Archaeological Expedition in Cyprus.

Livia Ulwer (HU)
Livia is a student and is doing her bachelor’s degree at the Humboldt-University in Berlin. She is in her fourth semester of Cultural Science (major subject) and Archeology (minor subject). In 2019 she participated in an excavation in Heidelberg on the Heiligenberg to find out more about the Celtics living there 400 B.C. Since 2020 she works in the Pietragalla Project at the field of archeological finds lab.

Hannah Vogler (HU)
Hannah studied classical archaeology and art history in Heidelberg, Berlin and Paris. Since 2017 she has been part of the Berlin team around Dr. Agnes Henning in the Pietragalla Project and since then has been working mainly in the field of surveying and photogrammetry, as well as in the processing of finds. In 2019 she participated for the excavation campaign and exhibition of the Agora in Selinunt, Sicily. At the moment she is writing her master’s thesis on a special exhibition of the collection of plaster casts of the Winckelmann Institute of the Humboldt University and works as an assistant researcher at the Corpus-Nummorum of the Berlin-Brandenburg Academy of Sciences and Humanities. 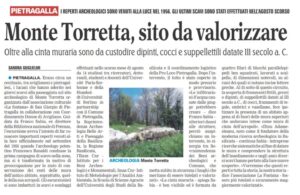 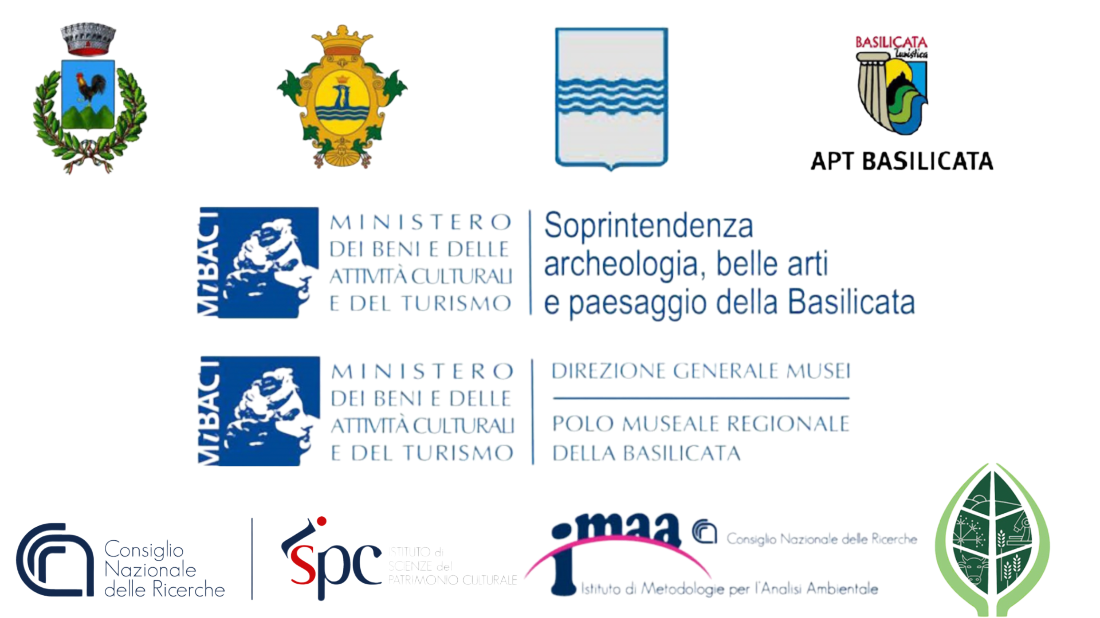